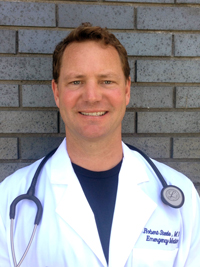 Dr. Steele, physician owner of i-Care Urgent Care, is the father of two children and husband of Emili Steele. He currently functions as the team doctor for Murrieta Mesa High School and a graduate of UC Riverside and Wayne State University Medical School.  Dr. Steele is a Fellow of the College of Emergency Physicians and Associate Professor at Loma Linda University Medical Center. Administrative responsibilities in the past have included Division Chief at Loma Linda University Medical Center and Medical Director of Emergency Medicine. In addition to his medical responsibilities, Dr. Steele is the Chief Medical Officer of Inquicker, a medical internet based software company, CMO of Symons Ambulance and Critical Care service. 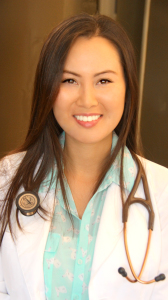 Dr. Brewer completed her undergraduate at UCLA where she earned a bachelor’s degree in Biological Sciences. She then earned her medical degree from Western University of Health Sciences. She completed her residency in family medicine from St. Luke’s Hospital in Bethlehem, Pennsylvania. After graduating from residency, she worked for Kaiser Permanente and Woodbury Medical Group. She has experience in primary care, urgent care, occupational injuries, osteopathic manipulation treatment and therapy. She prefers taking a holistic approach to medicine. Her belief is rooted in advocating a healthy lifestyle for her patients through preventative health measures. She has a passion for nutrition, women’s health care, hormonal imbalances, and osteopathic manipulative therapy. As a board certified family medicine physician, she is able to provide complete and comprehensive care, serving all ages and health concerns. She currently resides in the Temecula Valley and enjoys cooking/eating, biking, travelling, and hanging out at the dog park with her dog Frankie. 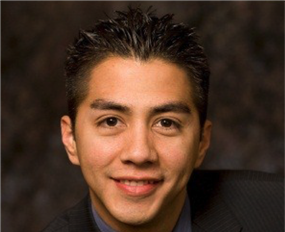 Dr. Edwin Lopez graduated from the California State Polytechnic University of Pomona in 2001, where he earned a Bachelor of Science in Biology. During this time, he also participated in research projects at the San Jose State University and at the Baylor College of Medicine.

He earned his doctoral degree from the St. George’s University School of Medicine, and subsequently completed his residency training in emergency medicine at the Wayne State University/Detroit Medical Center, Sinai-Grace Hospital Residency Program. Bearing witness to the challenges and disparities of the national health care system, he acquired an interest in advocacy for the state of the nation’s emergency care system.

In 2007, Dr. Lopez was elected to the national Emergency Medicine Residents’ Association Board of Directors, serving as Speaker of the Council. Recently he was elected the association’s 36th President. He has functioned in several capacities within the house of medicine, serving as a delegate to the American Medical Association’s Resident & Fellow Section and as a councilor and member of the steering committee for the American College of Emergency Physicians. 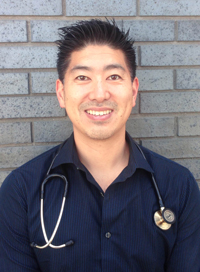 Dr. Rhee founded University of Chicago Toxicology Service for which he served as its Director. He was a most dedicated faculty member who worked closely with each of the second-year EM residents to insure that they have an outstanding educational experience during their toxicology rotation. He has been an exceedingly popular lecturer and in addition to providing many of the University of Chicago EM monthly Toxicology Conferences, has given stellar grand rounds address-ing medical toxicology throughout the medical center and at other institutions.

Though early in his academic career, Dr. Rhee is an accomplished scholar who has already given numerous scientific presentations at national meetings, written several papers for publication, has produced chapters and monographs in authoritative textbooks, and engaged many emergency medicine residents in meaningful scholarship. He is a gifted teacher who has won the highest award for teaching given by the EM residents to a single University of Chicago faculty member in his very first and second years as a faculty member!